by David Kwan | Talk to Girls 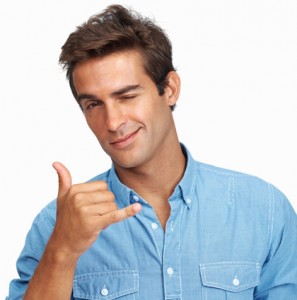 Besides creating a sense of camaraderie, winking is fun, seductive and has an underlying conspiratorial overtone that is sexy. Unfortunately, it is rarely in practice anymore. Guys have forgotten how romantic and intimate winking can be.

Winking is such an easy way to create intimacy; it just takes a second. A wink that is followed by an engaging smile has a much greater effect than just a plain wink!

The best time to wink at her is when the two of you are laughing over a shared joke. While you are laughing, subtly give her a wink. Do it quickly and the effect of the intimacy of that shared moment will not be lost on her. Since winking is pretty much a lost art, practice it and you can be very sure it’ll catch her attention.

A word of caution: