Sometimes All It Takes Is Opening Your Mouth 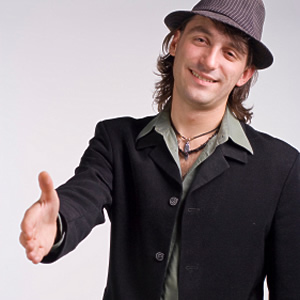 Here’s an example of a real exchange we recently had with one of our readers his problem, the advice we gave, and the result he emailed back to us.

I’m 27, and I have a problem with a woman. She’s in her 40’s but, she looks like she’s 17, she is outstanding. I have known this woman for over a year now and want a more serious relationship with her. We’ve gone out, and that’s about it. I know she likes me but, how do I tell her that I want to be more than friends, and that I have romantic feelings for her, with out pushing her away?

Hey guys, I wanted to let ya’ll know that, I told the woman I how I felt and now she is practically all over me. All it took was me saying something. I told her this last Saturday, on Valentine’s Day morning. She was completely amazed and she hasn’t stop smiling, She was still smiling this morning when I took her work.

Can it really be this simple? Sometimes more often than you probably think it is.

Shy men spend their lives thinking that women they desire are not interested in them, but often those men appear distant, aloof, and unavailable to the very women they desire, and who also might desire them back.

We know from working with men one-on-one, in person, and at our “Freedom With Women” seminars, that one of the hardest things for shy men to do is to open their mouths and actually show their romantic interest.

This week, take a chance and actually SHOW some romantic interest to a woman you are interested in.

You may want to review the “Flirting Moves” and take some action !

If you feel “stuck” around risking with women because you feel shy, or are afraid that you may upset her, that it will be incredibly awkward, that you might look like a “player,” or somehow ruin her day if you show romantic interest, then you probably want to learn more about overcoming the “Nice Guy” syndrome.