How To Talk To Women 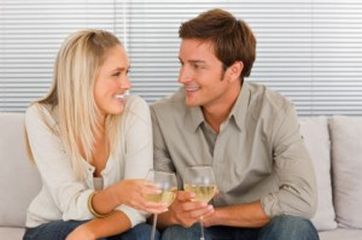 In our new book, “How to Talk to Women,” we extensively discuss specific flirting skills and conversational techniques you must use with women if you want them to think of you as potential romantic material. We talk about interrupting women, Deepening, asking Romantic Questions, Situational Flirting, and other specific flirting techniques.

However, there are some guidelines for what you should do when you are not specifically doing one of those seduction moves. Curiosity, admiration, and listening tie the other flirting skills together. Here’s what you need to know about each:Curiosity. First, you must be curious about her. Curiosity happens naturally, but many men stomp it out because they are afraid if they get curious, they will lose control of the interaction with the woman. You must learn to notice and follow up on the little flickers of curiosity you will get when you are interacting with a woman. She may mention that her job involves working with children, and you may notice that you wonder, what age are those chidlren? Ask her.

Men worry that they have to come up with some brilliant conversation, but because a woman’s favorite topic is herself, all you really have to do is be curious about her, ask questions, and that will carry the conversation between your seduction moves.

Admiration. Most women don’t see themselves as special and are not used to other people seeing them as special. When you’re able to see the passionate and special parts of a woman and appreciate it, she’ll feel a bond to you. If she says her friend declared banckrupty, but she could never do that, you can admire her by saying, “I can see you are a person to whom integrity is important. I think that’s cool.” If she says that she is really into recycling, you can say to her, “I can see that you are a woman who cares about the environment. Most people don’t, I think it’s pretty amazing that you do.” By noticing what she cares about, and admiring it, you both compliment her and show that you are an insightful man.

To find out a LOT more about seducing women through how you talk to her, check out the book “How to Talk to Women”