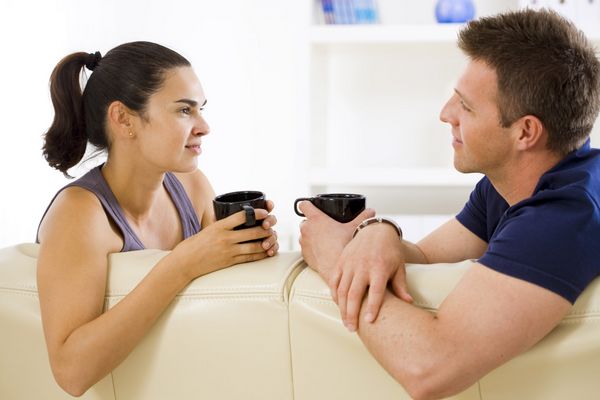 As you know, we believe there is no point in  misleading a woman. It makes you feel bad about yourself as a man,  and is difficult to do well, anyway. Having said that, then, what  should you do?

We believe you should tell a woman the truth, but the intensity of the truth you tell should increase as you build a more intimate and  trusting relationship with her. For instance, it may be true that you  love pornography, or that your dream in life is to sleep with two  bisexual women at once, but it would be wildly inappropriate to share  these facts about yourself until the relationship has built up enough  trust to handle the intensity of such revelations. Some “truths”  really don’t belong on a first date.

“Truths” about “looking for the one and only” really don’t belong on  a first date. They are too intense, and your relationship isn’t  strong enough at that point to handle such conversations. It would be  like you asking her on the first date if she likes to have sex every  day, or if she would be interested in dressing up in latex for you.  The questions aren’t bad; just premature.

Usually, dating and talking about dating other people works like this: You have no interest in a monogamous relationship with any  woman. It’s her JOB to convince you, to enroll you in the idea of a  relationship with her. One of the ways she does this is through sex.  Very often, this works for her: you have sex with her a bunch, and  start to see her as potential relationship material, after all. Then  (if all goes well), after you’ve been dating for a couple of months,  she’ll ask, “are you seeing anyone else?” At THAT point you have a  decision to make…give up the woman, or give up other women. She’s  just shooting herself in the foot by asking the question anytime  before she’s given you good reasons to like her.

So what should you do when she asks, “are you dating anyone else?” on  the first date. First, don’t make a big deal out of it. Tell her,

“Yea, I’m doing some dating now, but certainly nothing serious.”

If she presses the topic, you can say things like,

“I’m looking for a relationship that can develop, that we can both be really honest in, where we can really see what’s right between us,  you know what I mean?” or

“I’m not really looking for a relationship, but I’m definitely open  to one with the right woman. I feel like it’s a little early for me  to have that conversation with you. ”

These things are true, and that’s what’s important.

Some women are crazy on this subject, though. Just like some guys go  up to women and say “hey baby, wanna fuck?”, some women hammer men  about commitment during her first conversation with a guy. If she  won’t get off it, you’ll have to move on. But if you understand why  it is inappropriate for her to be asking this, and understand how to  handle it without being a liar, you will probably be okay.