What If A Woman Rejects You and How You Handle It 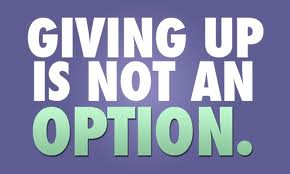 I must say your newsletters have really opened up my eyes to women, I’m the type who used to think that they were liked nice guys and I AM a nice guy and I’m always nice to women but some how just can’t seem to get them.

I know you’ve been stressing all this while how we should go all out and not care but truth be told I can’t bring myself to face yet another rejection.

How do I get passed this? It’s killing me…

Failure is never an option, it’s an outcome. At the end of the day, life is a set of failures, each one leading us closer and closer to a predetermined outcome of our choice.

Allow me to explain further.

Look at it this way.

How many people ever took the liberty to try anything amazing? How many people actually have the guts to hang themselves out dry ON A DAILY BASIS, taking the risk to be something more, doing something truly great, something out of the ordinary and striving to achieve something worth bragging about?

The answer is very few.

Most people have the desire to leave behind a legacy, but lack the COURAGE to take action.

Not everyone is called to such things, but some are.

I’m not just sitting around waiting to make it through the next minute.

As a matter of fact, I’m not even here for myself.

I’m here for others.

I’m here to make them glad, to show them there is a better way to live, if they want to follow the path. But the problem is too many people are scared.

Really, they’re scared of what they perceive to be a dirty 4 letter word…. and that’s to F-A-I-L.

They think it’s something that means they were wrong, they screwed up, and it’s over. But what I believe failure is… is much more than that.

Failure is the process by which success happens.

Failure is the reason for success.

Failure is more than an option, it’s a necessity.

Failure is a stepping stone to ethics. Most anyone who ever did memorable things first failed with something. What have you failed at lately?

Albert Einstein failed at physics. Edison ‘failed’ with the light bulb thousands of times, and the list goes on…

If you’re out there reading this and you want to be, do, or have something more, then freakin’ GO FOR IT.

By the way, since we’re in the topic of ‘rejection’ from women, the following will shed some light on the common mistakes guys are constantly making with women (without being aware of them) and how YOU can avoid them from now on…

Chances are you didn’t catch her eye by being Mister Serious. You were probably laughing and joking around (in other words, being yourself) with your friends. But, when you walk up to her, you think she wants to see that you are composed, sophisticated, and you can carry a mature conversation.

Solution — Be yourself. Don’t be afraid to open with a crazy question that one of your friends just asked you. If she laughs, you’re in. You don’t need to walk up to her and pretend that you have it ‘together.’

Don’t try to be something you are not — most women can see right through it.

So, what do you do for work?

If you want to shoot down your chance of moving past the handshake, then keep firing off the ‘Top 20 Small Talk Questions to Ask When Meeting Someone New.’

It works at Christmas parties and church picnics, but not when you are trying to get the phone number of the hottie in the coffee shop.

Tip: Being funny almost ALWAYS hits it right into their hearts. Women cannot NOT LOVE funny.

It’s like if you were to ask me for a miracle magic potion to a woman’s heart, I’d give you the same exact answer… FUNNY.

STOP, what you are doing, and leave a little bit to the imagination. Telling her every little thing takes the game out of it — for both of you.

Men constantly give away too much when they talk to women, and it works to their disadvantage. Provide too much information, and it might just be more than she wants to hear.

Solution — Listen more, talk less. Don’t give away the details.

This is one of the most commonly committed errors by men — talking too long and trying desperately to keep this hot chick in front of you for as long as possible.

Until, of course, the conversation starts to lag and you find yourself toeing the floor in front of you, repeating things that were funny at the beginning of the conversation, and then finally the dreaded 10 seconds of silence before saying… OK, well I’ll give you a call.

You know what I am talking about.

Solution — When you get to the peak of a conversation, leave. I don’t mean just walk away in mid-sentence, but while both of you are talking and laughing, just casually look at your watch and say something like, “Oh, sorry… I’ve got to meet a friend in about 10 minutes…”

Note: Leave with phone number in hand (or at least make sure she has yours).

Mistake #5: Sucking up too much

You’re so pretty. I love your smile.

Awwww… that’s so nice, but she doesn’t give a damn. Interestingly, most women (especially the super-attractive ones) react more favorably to teasing rather than sucking up.

Sucking up doesn’t give you the backbone, and certainly doesn’t exude the confidence you need to land the girl.

Solution — Get a backbone and make this girl realize that she isn’t going to bowl you over with looks alone.

Stick out your tongue, or comment on something in her teeth. You give the impression that your standards might just be a little higher than hers… she’ll be intrigued to say the least… and she won’t exactly know why.

If you haven’t already noticed, the stuff you’re learning here is directly the OPPOSITE of what you see, listen and learn anywhere else; be it in the media, the dating advice portals, what your moms, pops and your friends tell you.

And if you don’t ‘keep up’ with the times, and if you still don’t understand the process of how to make women feel tingly, magical feelings of ‘attraction’ for you, including the mistakes you must AVOID doing, then *surprise* *surprise* — you’re not going to be very successful at it.

On the other hand, if you’re sick and tired of being blown off, rejected and passed off by women around you and want to TRANSFORM yourself to BE the type of man women dreamed of having ALL THEIR LIVES, sign up Instant Attraction Free Newsletter.

… and learn EVERYTHING you can here.