Power Social Skills, You Simply Must Have 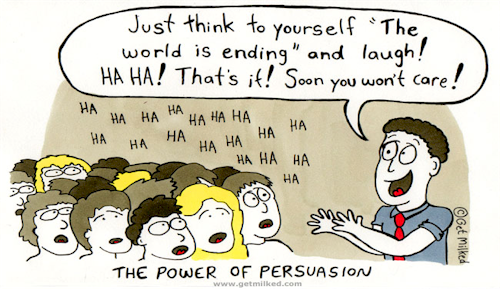 I have been a great follower of your teachings and newsletter and to say the least I have learnt so much ever since i first subscribed to it since June last year keep it coming great job!

You’ve recently mentioned in your mail about Carlos Xuma’s new social skills program I can definitely relate and I’ll be getting it in a day or two but the ‘secrecy’ is killing me!

What’s with the salt the jar & reject retreat game?

Ok sure, I’ve been getting a number of requests like yours since I’ve first mentioned about Carlos’s program last week (although I can’t publish all of them here) so I’ll just round up everything just for the benefit of everyone reading this…

(In case you missed it, you can rewind to see what I was talking about here):

Last week I mentioned about several techniques that works ALL THE TIME to get both women (and men) to automatically take special notice of you, respect you and be hypnotically interested in whatever you have to say in any type of social setting you’re in…

Salting the Jar – Is when they have a tip jar, and you want to put a few dollars in it so that people don’t see it empty.

If there is money in it already, people are more likely to contribute their own. You could use this in your own life by realizing that the more social proof you show (that other people are doing it) you can get other people to go along with you.

The Reject and retreat game – Is when you throw out a request that is so big that you know it will be rejected. But then you back down and present a request that is much more reasonable, and you’re more likely to get what you ask for.

Abusive expectations – These are unreasonable expectations and demands that certain people put on us. This is done by a person (usually in your family) that comes to you with a big request that inconveniences you, and they use guilt or other coercive methods to get you to do it.

Sometimes just out of obligation. It’s when people with weak wills are pushed into doing things they really don’t want to do. It’s a form of emotional abuse.

There are many subtle effects that comes from using these techniques whenever you’re out interacting with people, and it’s impact on people’s impression and perception of you when you use them with tact, it’s something I’d call… ‘magical’.

Simple… yet draws people in enough to listen to you.. on ‘auto mode’.

Have you ever noticed how some guys seem to ‘hard sell’ themselves to you just so you’ll listen to them?

Imagine how ‘yucky’ it’ll be when you see guys ‘hard selling’ themselves to WOMEN then??!!

No second chances, no nothing and they’ll walk off and never come back again.

If you’re socially ‘savvy’ and you’re TACTFUL enough to ‘swerve’ your way through whenever you’re with people, women will notice.

That’s why mastering your social skills is ALWAYS the MOST IMPORTANT to ‘get handled’ FIRST if you want to be good with women.

And these along with the TONS that Carlos has revealed in his new Program is something I cannot NOT rave about.

I use them myself, I’ve seen most ‘naturals’ use them as their out there so duh of course it works! =)

Hope this email helps and stay tuned buddy! We have some awesome stuff coming in pretty soon 😉

[Side Note]: If you want to be the ‘life’ of any social setting, the ‘star attraction’, the one men respects, follows and the one that catches women’s attention EVERYWHERE HE GOES then you OWE it to yourself to check this out:

It’s ultimately he most comprehensive CD series ever created for guys who want to learn how to use SOCIAL SKILLS as the ultimate foundation – and NEVER be played or manipulated again.

1. Women don’t like or enjoy sex as much as you do.

Is there anyone who still believes this?

Read an issue of Cosmopolitan or watch an episode of Sex and the City, and you’ll know what’s up. When you’re fighting hard for that tiny little bang (which is supposed to be your orgasm) while your girl has just gone off for the third time in a row, it makes you wonder who really enjoys sex more, right?

Whenever you go out, keep this in mind: The girl you’re talking to wants to have sex every bit as much as you do.

It’s just that she needs more time to relax and lose her inhibitions, because society is likely to label a more sexually active girl a “whore.”

Just provide the circumstances in which she can feel comfortable in your company, and the rest is guaranteed.

Although women tend to be more attuned to their other senses — sounds and smells — than men, visual triggers are just as important to them.

3. Women like bad ass machos who are rough and don’t show any emotion.

It’s a common misconception in our society that men should be as bad ass as Chuck Norris and never cry or show any emotion.

If you think this is the key to getting laid, then I hate to be the one to break it to you, but being bad ass won’t make you a man.

A man is confident and knows how to lead a woman and how to make decisions.

But a man should also be passionate and capable of showing emotion toward a woman.

Would you prefer a teddy bear to a real, live girl?

Just as you like it when your girlfriend gives you a kiss or caresses your face, she also likes to feel the same kindness from you.

4. Women need a lot of freedom, and they hate to be controlled.

Don’t be afraid to show emotion and tenderness when you’re with a girl — but please be careful not to become a wimp and lose control.

A woman likes to be controlled by a strong man to a certain degree, and to keep her, you must be prepared to give her your own special brand of “tough love.”

A girl likes to feel secure and likes to have a guy who is able to protect her.

But how can she feel secure that you can provide for her properly if you let her take control? Taking control might feel nice to her the first time she does it.

But after a while, she finds it increasingly boring and tiresome.

A woman does need freedom, but at the same time, she likes to be taken care of.

Thus, a man who knows how walk that thin line between giving her enough space and making all her decisions for her will be very attractive to a woman.

Most guys go through their whole lives ‘thinking’ they know what women want but the cold hard truth is… they don’t.

They unknowingly look around, happily taking advice from well-wishing ‘friends’, family members, and WHOEVER they can find and gladly accept them “as is”.