Should I Approach More Women or Focusing on One 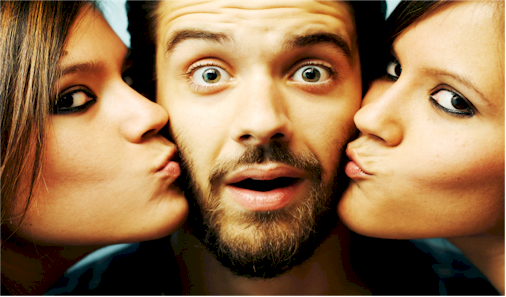 I enjoy reading your emails.

Here are a few questions for you.

1. Would you regard approaches to women as basically “disposable” opportunities, so that you don’t put too much importance on meeting any one particular woman?

2. When you’re changing venues, hopefully to a more intimate setting, is it best to use some other pretext rather than being overtly direct?

Assuming that things are going well and everybody knows the score, would a woman appreciate a harmless excuse to move things along without flat-out agreeing to go to bed? Actually, I think I might have answered my own question 🙂

3. How do you make sure you’re not qualifying yourself to a woman while you’re trying to build attraction?

Thanks for the plugs. We try 🙂 Ok on to your answers.

Q1: Nope, I basically do no regard approaches to women as “disposable” opportunities but I see where you’re trying to get at. I used to think that going in with a mindset that ‘if this one bombs, I’ll still have hundred others’.

It helps but if your inner game is strong & you’re confident deep down, that has more or less been ‘handled with’. Now I find that going in with a mindset of genuinely being FRIENDLY, SOCIAL works better.

As much as your main goal is to bang the girl you’ve just met, you’ve simply got to cross it off your mind for good.

But BEFORE anything happens, focus on being GENUINELY interested in her.

(Women’s instincts are WAY better than us men, so USE that to YOUR advantage. LEVERAGE on how their wired to help you in your game).

When you’re genuine, they can tell, almost instantly.

Being SOCIAL (not only to her) but to everyone else (and to let her SEE it) again shows how NATURAL, and ‘like-able’ you are to everyone around you and when you eventually talk to her, it won’t look as obvious, as you’re just ‘being yourself’ 🙂

Q2: You’re asking “would a woman appreciate a harmless excuse to move things along without flat-out agreeing to go to bed?”

Well, it all depends on the particular situation you’re in. Assuming all is well, and there’s kissing, touching, etc going on, then SURE, go ahead. No point being ‘sneaky’ bout it then because she’ll KNOW.

Giving her little ‘excuses’ will CERTAINLY turn her off, it’s just a BIG no-no.

As the man, you’re EXPECTED to lead and NOT wait for her to initiate. (Shows lack of confidence).

Say you’re both on the couch kissing, take her hand and LEAD her to next phase.

Physically leading a woman is VERY powerful, at times like that I’d say it’s all about SELF-ASSURANCE and being CONFIDENT in all your actions, NEVER second guess yourself, if you think it’s the right thing to do at that particular time, just do it.

Q3: The answer: Just do and say whatever you feel like saying without giving a hoot about what she thinks.

This is often a misunderstood concept.

Take this advice with a pinch of salt. On the surface, it basically says “I’ll do whatever I like, if you don’t like it, then screw off!”

See, I’d like to make clear there are SPECIFIC things you MUST NOT say and do when you’re in the midst of building attraction with a woman, and for a COMPLETE education & understanding of what these do’s and don’t are, I’ve carefully listed and explained EVERYTHING in detail here in Simon’s Advanced Deluxe Program

Download it, and you’ll get the entire picture of what I’m saying here.