How To Tell A Woman That You Like Her 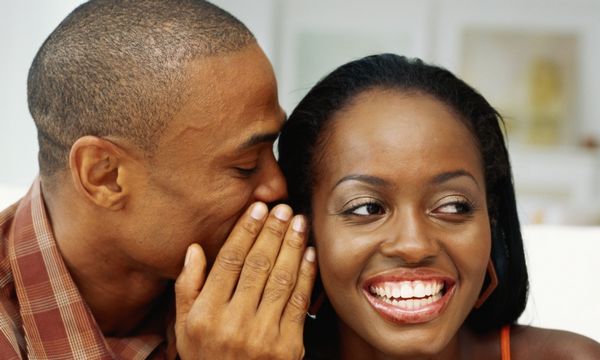 I have recently started to like this girl a lot. We hang out almost everyday, and everybody that is around us say that we act like we are going out. We flirt all of the time, but i don’t want to be the one that admits that i like her first. I have also become really good friends with one of her friends and she told her friend that she likes me and everything, but she hasn’t really had too much experience in dating.

She is one of the nicest girls in the world and she is very pretty so I don’t really understand why. I really want to tell her that i like her, but i have read your book and you always seem to push getting the girl to admit it to you first. I think she may be too shy to do this though. Would it be ok to admit it to her first in this situation? I know you probably think hanging out with her everyday seems needy, but she is the one that calls me everyday and it is very hard to turn her down. Any suggestions would be greatly appreciated. Thanks.

Well, today is your lucky day… for today I’m going to give you advice that will probably be PRICELESS to you.

First let me start with some ranting, raving, and confusing double-talk.

Then we’ll get to the good stuff.

Let’s begin with me verbally abusing you for not paying attention to what I say, then drift into a little bit of talking about why your situation is an exception to a general rule or two…

It’s annoying when I go to all the trouble to explain a concept in detail… and try 100 ways to say it in my newsletters, eBook, etc. and then someone JUST DOESN’T GET IT.

In your email you say:

“I really want to tell her that i like her, but i have read your book and you always seem to push getting the girl to admit it to you first.”

I do not recommend that you get a woman to admit that she likes you FIRST.

Getting a woman to admit that she likes you “first” naturally implies that you “admit it” BACK.

And I DO NOT say “admit it back” OR “admit it later” OR anything else of the sort.

Why is this so important?

I personally believe that TELLING a woman that you “like her” is one of the WORST things you can do.

If you want a woman to know that you like her, the best way is to have her FIGURE IT OUT by the fact that you guys are getting PHYSICALLY INVOLVED.

Let me confuse the issue further…

“Telling her” that you like her and “feeling like you really want to tell her” are two completely different issues, and they’re BOTH bad… but for different reasons.

TELLING her is bad because it takes the MAGIC, the SUSPENSE, the MYSTERY, and the SEXUAL TENSION out of the situation.

It pops the balloon.

FEELING like you want to tell her and then asking about HOW to tell her is bad because it shows that you’re not GETTING IT.

All right, so let’s go off on tangent number 2…

You mentioned in your email that this girl you’re seeing is inexperienced in the dating world.

If she’s REALLY inexperienced, then you might be in big trouble.

See, she might be falling IN LOVE with you.

All of this seeing her every day business but not taking things to the next level (and feeling like you want to tell her how you feel really really really badly) might be setting her up emotionally for a late-night drive to Vegas and marriage vows at the Drive Thru with Elvis.

If a woman is inexperienced, then it’s very important that you NOT screw this up. If you do, it might be bad.

Another thought: When you’re with an inexperienced woman, it’s sometimes a good idea to “dial down” the ball-busting and the Cocky & Funny a little bit.

Instead of having it turned up to a 9.5, dial it back to a 5.7923 setting. That will probably work better for you and her.

So let’s talk a bit about ATTRACTION.

It happens for reasons that are difficult to explain to a person who has a “bad model” of how it works.

But let’s just say that if it DOES happen, you want to AMPLIFY it. You don’t want to WEAKEN it.

One of the problems with “telling her how you feel” is that it instantly changes the dynamics of the situation.

When you say “I like you”, in her head the woman hears:

“He is admitting to me that he likes me, which gives me all the power, which, for some strange reason, makes me not like him as much anymore.”

I realize that this sounds crazy, and doesn’t make a whole lot of “logical sense”, but it’s what usually happens.

If you want to “tell” a woman that you “like her”, the best way to do it is to ADVANCE PHYSICALLY.

In other words, TAKE THINGS TO THE NEXT LEVEL.

DO something, don’t SAY something.

Words are to be used when ACTIONS don’t work better.

And this isn’t one of those cases.

Remember “The Kiss Test” I talk about on my website?

Remember the exact sequence that I describe in the bonus booklet that you got with Double Your Dating called “Sex Secrets”?

But DO NOT “tell her how you feel”.

Unless, of course, you want to drive to Vegas.

Finally, let me give you some advice about this situation of “she calls me everyday to hang out and I can’t turn her down”.

I know, I know… Powerful.

If you’re in love with this girl and want to marry her, have kids with her, drive your cute brats to soccer practice in your green minivan, and wear lots of Dockers clothing, then forget what I’m telling you.

Who knows, you might have found one of those rare, wonderful women that so many of us guys are looking for.

But if you’re just at the stage where it’s time to take things to the next level, then do it with your ACTION, not with your WORDS.

I’ll talk to you again soon.