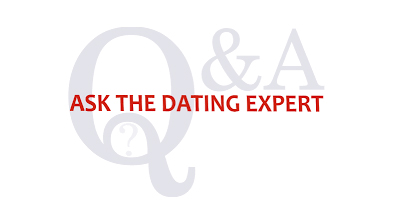 I was deeply in love with a woman who said she was deeply in
loved with me. I wanted to marry her and have kids with her after
only being together for 3 months. She said that she was also read to
settle down. After a couple of months and some power play games (man
vs. woman – i.e. control issues). I began to take things more
seriously and start making arrangements to marry her. She in the
mean time started to lose interest in me. Twice, she wanted to brake
up with me, but reluctantly agreed not to after some persuasion.

When she tried to break up with me the third time, I decided to
let her go. She said that she really wants to move on with her life
and date other guys, but that we can be friends and I still loves
me. I told her I would not feel comfortable taking one step
backwards in our relationship. She said, “So you can’t be a friend
but could be a lover?” This didn’t make much sense to me because I
was under the impression that we were both. She said that I wasn’t
being fair by not agreeing to remain her friend.

Is there any thing wrong with me in not wanting to end up with
only being friends with her? I just want to bring total closure to
this with out feeling like I am the bad guy. I loved her very much
and it pains me that she has backed a way and now wants to only
settle with friendship. I think it would be wise to bring closure,
move on and just keep the good memories.

I understand fully what you’re going through. Let me see if I can
give you some perspective on all of this and then some advice.

First, as you mentioned, just about 3 months into the
relationship, she began doing the “power play” thing with you. You
survived the first two bouts of this but lost out on the third. She
was trying to tell you something here. These “power plays” were what
I have discovered as “The Test”, and write about in my book, “Being
a Man in a Woman’s World”. This is an absolutely textbook case!

It would take another book to go into all the aspects of “The
Test” here, and for details, I strong recommend that you pick up a
copy of “Being a Man…”. However, suffice it to say that a test is
exactly what you described – it is an artificial situation created
to see who is going to control the relationship. She wanted someone
that would stand up to her and take control – that is, brave risking
losing the relationship for it. This is the “Knight in Shining
Armor” image, and is ultimately what The Test is all about. Because
she gave you 3 Tests, (2 more than some women would!) she then felt
sure you weren’t what she was looking for and fell out of love with
you.

So, let’s look at the “friends” issue. One of the main reasons
why women decide that they want to be friends after all of this is
that they don’t want to lose some connection – just in case she’s
wrong about men! This is incredible, but true. She wants to go out
and see if she can find some other guy that will actually pass her
Tests. If she does, (and there are some of us out here), she will
still be close enough to “rub your nose in it”. This whole “being
fair about it” is a classic symptom and the best evidence that what
I’m saying is true.

So, should you be friends with her? Absolutely not! First, she
feels safe expecting this of you as though she is the bigger person.
Of course, she has nothing to lose! You on the other hand have your
self-respect and dignity, your emotional well being, etc. There is
absolutely no risk to her in expecting this of you! Further, if she
doesn’t find that “Prince Charming”, she can always fall back to
you! Does all this piss you off? Good! It should!

So, what do you do? First, if you really want to understand The
Test and be ready to pass the next one, (and believe me if not her,
someone else will Test you), pick up my book and commit it to
memory. Second, DO NOT accept being her friend. In fact, I’d go so
far as to be insulted that she thinks that she can keep you on that
lead! If she wants a pet, tell her to go to the pound.

Lastly, only you know if there is even the most remote chance of
being with her again. If so, stop all contact with her right now.
She’s going to need some time on her own – alone – to remember what
a great guy you are. Second, when she does call, you need to be out
and having a great time. This is where you want to get your buddies
to give you a hand. Have them help you get out and start meeting
other women. If you’ve taken care of your friendships, they will be
there for you – and will understand what you’re going through.
Especially, don’t answer the phone on weekends. Get scarce! Your
friends and family will understand if you don’t pick up and have to
call them back.

Then, when she does call, be ready to pass her next test!