How To Know When A Woman Is Testing You 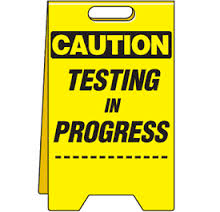 I want to share with you something that might irrevocably change how you interact with women from this point forward. This is probably the most important newsletter I have written to date. Not knowing what I’m about to share with you could lead to your erection going on life support. Most men will end up on their deathbeds oblivious to the knowledge I am going to tell you, preventing them from ever reaching their full potential with women.

As you reflect on what I’m about to tell you, it will become obvious to you why knowing these secrets is crucial to succeeding with women. What might be less obvious is how these secrets will also improve many other areas of your life.

Before I jump into the heart of the matter, I’m going to lay the groundwork by telling you about a man who recently sought my advice. His problem was that women usually lost interest in him, despite his good looks, money, and intelligence. Many of these women started off feeling tons of attraction towards him but then, out of nowhere, as if hypnotized, became repulsed by him.

I dug deeper, asking him to break down exactly what happened with these women. What I discovered, in a nutshell, was that every time one of these women acted moody or got upset, he interpreted it as them signaling him to fill some sort of “emotional” need in them. Then, like a good little worker bee, he’d try to fill their need by becoming their emotional punching bag. This, alas, ensued in women acting listless and aloof, and feeling less than an iota of ATTRACTION towards him.

What was going on? Why did catering to their every emotional whim make them less attracted to him? This doesn’t make any sense – or does it?

This guy’s model of the world blinded him from seeing a big part of the picture – namely that women test men all the time. This is their nature. They can’t help it; it’s how they’re wired. Does this make women deranged, malevolent creatures for testing us, men?

You’re welcome to believe so. If you want, stop interacting with women all together. You could always, courtesy of your kitchen microwave, get jiggy with a radiated banana peel. Let’s not rule out internet chat rooms, chock full of creeps posing as fourteen year old school girls. If you think crusty old FBI agents make sexy cyber babes, go ahead. Eat your heart out. To each to their own.

For me, however, I like the real thing. I’m guessing you do to. Otherwise, you wouldn’t be reading this. Hating women or trying to live without them, I think we can both agree, are not viable solutions to dealing with the lurid truth: WOMEN TEST MEN.

A healthier attitude, instead, is to love and enjoy women for all their great qualities, while being vigilant of and learning to deal with their tests. Know the nature of the beast, and learn to deal with it.

So this begs the question: What is a test?

A test, put simply, is anytime a woman adversely judges you. All tests fall into one of the following three categories.

Some women will do or say something as an attempt to bait men into reacting to them. The purpose of this is to find out if a man has a strong reality and identity and to discover if he really is a PRIZE to be won over (Hint: Women are ATTRACTED to men with a strong reality and identity who are the PRIZE. The biggest part of being the PRIZE, believe it or not, is believing that you are the PRIZE).

These Intentional Tests can range from women momentarily ignoring a man, to teasing him about a flaw he has, to purposely making him jealous, to throwing violent temper tantrums…and so on.

Does it always mean that when a woman displays these behaviors, she is “Intentionally Testing” you? Not at all. There are times when these behaviors are not “Intentional Tests.” Oftentimes though, especially when first meeting a guy, these behaviors are attempts to bait him into reacting to her. So use your own discretion. If, however, you get that gut feeling that she’s baiting you, then my friend, you’re probably right. In this case, don’t drink the figurative hemlock! Don’t slurp down the proverbial Kool-aid! Don’t, for the love of God, take the bait by reacting to her! Reacting demonstrates your lack of conviction in yourself, your reality, and belief that you are the PRIZE, killing any ATTRACTION that was there.

There is a specific kind of Intentional Testing where it is crucial for you to take the bait and then give it back to her. This is something many guys neglect. In an upcoming product, I go into great depth explaining when and how to do this. Perhaps I’ll do a newsletter on it in the near future.

Even if what a woman says and does are not “Intentional Tests,” don’t think your reactions to them won’t be judged by her – they will! Imagine, for example, a woman who has two conflicting emotional needs within her: One, an insatiable desire to be validated for her beauty; the other, a yearning for the emotional rush of chasing a man who is the PRIZE. Imagine, furthermore, that she tries to bait you into validating her by saying, “Am I ugly?” If you validate her completely by telling her how beautiful she is and how much you want her, before you have established yourself as the PRIZE and gotten her chasing you, she’ll be apt to emotionally judge you as the guy who validates her beauty, not the guy she wants to sleep with. I am not saying that you should not validate her. Just make sure you do it within the context of being the PRIZE, and having a strong reality and identity. And don’t give her so much validation that she is satisfied. Give her, instead, just enough to keep her wanting, reaching, and chasing you for more of it. Maybe, for example, validate her but make her work for it.

Category # 3: Setting Yourself Up To Be Judged By Women

Oddly enough, this is a form of testing. It is different from the other two categories in that a woman is not judging your reaction to her.

This category, instead, relates to displaying adverse characteristics about yourself to women, conveying that you are not the PRIZE: Think needy, jealous, and insecure. When you act this way around women, you are setting yourself up to be adversely judged by women and, thus, are being tested.

A few guys I know think women are “Intentionally Testing” them, when, unknowingly, they are setting themselves up to be adversely judged.

If you feel that you have been setting yourself up you may want to evaluate your behaviors, actions, the emotions you’re feeling, and the vibe you are giving off when interacting with women.

Oftentimes, however, the more a man conveys to a woman that he has a strong identity and reality, and that he is the PRIZE, the more she will “Intentionally Test” him, trying to ascertain if he genuinely possesses these characteristics.

When dealing with any type of test, of course, you have to have the necessary tools. Without them you are doomed. The good news is that with the right tools you can take any type of test a woman throws at you and use it to your advantage. I, in fact, enjoy women testing me because it gives me an opportunity to turn their tests around on them, establishing myself as the PRIZE. The more they test, the more ATTRACTION I generate in them.

Most of the material available on how to deal with tests from women suck – and it makes me really angry! Many of these so-called dating experts aren’t even aware of these tests – a sign they need to get away from their computers and start interacting with live women in the real world. There are, furthermore, a number of dating gurus who give their students a list of memorized lines to use, as if a list of canned lines is the universal solution to the tests women throw at the collective male – right!!

That’s why I have come up with a system for transforming a woman’s tests into her becoming massively ATTRACTED to you. Once you have learned the system, you’ll look forward to women testing you, knowing that the more they test you, the more ATTRACTED to you they will become. You won’t find this system anywhere else. I could turn this system into a product of its own, charging a few hundred dollars for it and, no doubt, people would pay – it is that good!

Instead, I’ve made the crazy decision to include this entire system in my step-by-step guide to ATTRACTING and becoming successful with women. I don’t mean to brag, but I know of no one else giving this amount of high quality information away for under a hundred dollars – heck, I don’t know of anyone giving away these kinds of secrets for under two hundred dollars! At $39.95 I am practically giving these secrets away. Many of my own customers have told me that they would have paid much more for my book, considering what they gained from it. Due to this and other products I am currently finishing up, I’m seriously considering raising the price. By not knowing these secrets, you are preventing yourself from experiencing incomprehensible amounts of success with desirable women that you deserve. Life is too short.

Make a small investment to reap massive rewards by picking up a copy of my book.