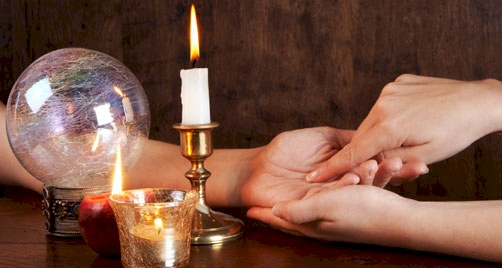 Okay guys, allow me to let you in on a dirty little secret of mine; I use a little trick that I don’t mention in Seduction Science in about 40% of my seductions and I use it because I love it and it works. It’s not something I can explain in a single sentence or paragraph though, so let me tell you a story to illustrate. Hang with me here and you’ll get a little nuclear weapon for your arsenal.

It began the other night last week when I met a woman online. We swapped pictures and she was fine, so I structured the conversation in order to get her chasing after me. How to do that, I don’t have time here to explain in any detail. Suffice it to say she was eager to meet me after a few IM conversations.

I picked her up at her apartment and she was even more attractive than in her picture. You really can meet some babes online. I gave her a hug right off the bat like we were best friends.

We ended up at a local coffee shop with hot chocolate served to us by a cute waitress. While I’ve got the conversation going with fun rapport – just talking about stupid fun stuff like my collection of exotic Japanese plants for instance – I ask her what sign she is. (Yeah, I know asking what her sign is sounds corny and you shouldn’t use it as a first line unless you’re using it as a joke opener. But in the middle of a conversation with rapport it’s fine.)

She tells me that she’s a Scorpio which, according to astrology, is a sexually adventurous sign. Whether this is true or not of Scorpios, she’ll tend to believe it if she believes in astrology which many women do. It gives her an image of being a sexual person that she’ll feel compelled to live up to.

I tell her that another girlfriend of mine was a Scorpio and I said that “one day while reading her palm I discovered she was super-sexual and from that point on, it became very heated between us. It’s interesting to meet someone that stirs passion from deep within you.”

Her eyes went wide and she said, “You really read palms?? DO mine!” and she voluntarily gave me her hand.

Now here’s what I’m doing. Notice how I casually dropped the fact that I read palms within the conversation about astrology. This is what I call a “hook”. Because when you subtly drop the fact that you read palms, a woman will usually be so curious that she’ll ask you to read hers. And when she asks you to read her palm, it will make it seem to her like it was HER idea. And that’s a perfect set-up for teasing her by acting reluctant to give her a reading.

At this point, if you know even a little palm reading you’re set. There’s no reason to be an “expert”; if you know the names of three of the palm lines and a few factoids here and there she won’t be able to tell how much you really know. You’ll look like an expert. After all, when you were a little child didn’t you think that your parents knew everything – and then when you grew up and knew more about the world, you realized perhaps they don’t know much more than the next person? The same principle is at work here.

First, what I’ll usually tell her is that I don’t just read anyone’s palm. So I make her EARN it by proving to me how much she wants it ;). Then, I eventually “cave in” and take her hand but also tell her that I need a few minutes “feeling it” so that I can get use to her energy. Then I change the topic and talk about something else.

After a few minutes, I tell her that she has a good energy and I take a look at her palm. Here’s basically what you do, although this is a gross simplification. I notice something in the lines of her hand, for example that “she’s a trusting woman.” Basically, I tell her qualities that I’ve seen in her from our previous conversation, the qualities that I would also like to reinforce. I tend to I keep my statements vague so that whatever I say she’ll perceive as at least somewhat true for her.

The best thing about a vague statement is that it will immediately get her talking and filling in the gaps. She’ll flesh out your statement to make it more true and you end up learning a lot about a woman you wouldn’t get in a normal conversation this way. And if she’s a big talker (like this date was) it gives the impression that you’ve given her a tremendously long reading, when in fact you may have only mentioned three or four things about her palm.

My date was so into her reading that our cute waitress came back with the excuse to take our drinks but asked us what we were doing. I told her I read palms and she offered me to take HER hand and interuppted us with, “Ok, I’m next…”

So I looked at my date, smiled, and took the waitresses’ hand. I looked at her palm with a concentrated look on my face and ABRUPTLY let it go really fast like as if what I saw totally scared the crap out of me!

This REALLY got both of their attention. The funny thing is that I didn’t see anything that gave me the indication that she was a “bad girl” at all. I just made stuff up.

The waitress ended kept trying to talk to me after that, which was good for creating desire and competitiveness in my date. But I wasn’t as interested in the waitress who was so taken with her reading that she ended up being more of a distraction and a nuisance. So I told my date let’s get out of here and told her that I was going to show her my exotic Japanese plant collection. This gives her an excuse to go back to my place without seeming like a “slut”.

On the way back it was easy to sexually stroke her hand in the car because she was already use to my touch (another benefit of palm reading). When we got back I showed her my “collection” of Japanese plants – a series of cactus pictures on my computer! Haha. Anyway, I made her sit on my lap and started stroked her thighs as I teased her about believing me there was actually such a thing as rare, exotic Japanese plants.

I ended up seeing her backside plant later that night – and yes, there’s always that cute, clingy waitress waiting for me too.

Palm reading works well because it accomplishes so many things on so many levels. It gives you a structure to blatantly touch and stroke her, creates a structure where she’s begging you to demonstrate authority with her, allows you to give her an image to live up to, and at the same time gives you an aura of intrigue, curiosity, and mystery – all rolled up into one.

I didn’t release my full palm reading technique with the Seduction Science books. I wanted to keep the technique to myself to perfect it and there’s so much info it deserved to be a book in itself. So that’s what I did – I wrote “Palm Reading for Seduction by Derek Vitalio” and it’s chock full of color pictures to guide you.

“Palm Reading for Seduction by Derek Vitalio” is an excellent tool to add to your seduction skills and you can use it in most any situation, from a coffee date, to a club, to a bar. I’ve even used it on the street with success.

So I recommend that you give it a look at my Palm Reading for Seduction and let me know how it works for you.