How to Keep Your Audience’s Attention 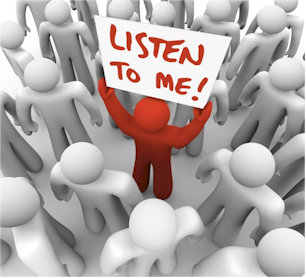 To make the gathering memorable, guest speakers are selected for a certain reason, some according to their popularity and accomplishments. As much as possible, the speaker’s profession or line of achievement must be in some way related to the occasion.

Let’s say the occasion is a convention of home developers. The likely guest speaker to grace it could be a famous housing czar well known and respected by the city and state.

To impart a lasting impression to the audience, a speaker must find ways to keep the attention glued to his speech.

If it so happens that you are the invited guest speaker of a gathering, the suggestions below may help to keep your audience listening instead of daydreaming, walking around or fidgeting in their seats.

1. Speak in a clear, crisp, comprehensible voice with an enthusiastic tone. Avoid mumbling. Try not to eat the words as if there’s a gum in your mouth.

2. Your speech should be in consonance with the aim of the gathering, touching on issues relevant to its objective and applicable to current needs for the benefit of the majority.

3. More speakers prepare a list of the issues they want to touch on instead of a speech prepared and read (or memorized) word for word. A spontaneous speech aligned on the ideas prepared or written on the list is projected more naturally.

4. Inject humor into your speech to keep the audience attentive and waiting for more. Studies reveal that, when humor is involved, audiences find the speaker interesting to listen to. But be aware not to go beyond the line of humor because this may unintentionally embarrass others or be misunderstood by them. This might raise comments that criticize your speech. Try your best to avoid criticism.

5. When you raise an issue, one of the best ways to project it is by citing instances or examples. Correlate the example and the issue clearly.

6. Suppose the gathering was organized to save an industry or boost the morale of those that will be directly and indirectly affected by it. Try your best to deliver an inspiring speech. A speech filled with positive thoughts, like projecting a bright tomorrow, can turn a depressive mood into an enthusiastic one. If you are well versed on the industry with a solution to offer to suppress its downtrend, then say it.

7. Audience participation may seem to turn your speech into a discussion, but it is one way to confirm effectiveness of what you are saying or offering.

8. Image how the industry will look like 5 or 10 years from now on a positive flight. Be specific and realistic in your projection. If hard work is called for, say so.

9. Leave a lasting, meaningful message as you wrap up your speech.

A speech that leaves the audience thinking long after the speech has been made will also leave the audience remembering the speaker for a long time.