How To Approach Women At Work 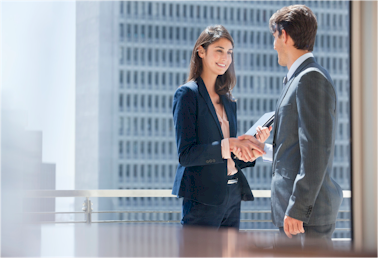 Pretty much every guy I know (including myself) has found themselves in this situation before: there’s a girl you work with, or who works in the same building, and you’d love to be MORE than her “colleague.”

You want to ask this girl out and take it to a sexual level! But you DON’T take action, because you can only imagine the possible NEGATIVE outcomes.

Naturally, the #1 negative outcome that guys fear is, “if I try to ask her out and she turns me down, it will be totally AWKWARD having to see her at work from now on! I wouldn’t be able to face her again…”

Look, whether you’re wondering how to approach women at work, or in any other environment, it’s these LIMITING BELIEFS that paralyze us, and stop us from taking action.

The same guy who doesn’t know how to approach women at work will probably find it equally difficult to walk up to girls at a nightclub. He’ll tell himself things like:

Or, the classic male excuse…

This happens because you’ve conditioned yourself to believe that the most likely outcome when you approach women is FAILURE.

Your nervous system is programmed to equate approaching women with PAIN.

Well, what if I could show you how to “reprogram” yourself so that you look at approaching women in a totally different way? What if you could learn how to approach women at work in a way that is totally fun, confident and playful?

And furthermore, what if I showed you a technique that makes it literally IMPOSSIBLE for you to get rejected?

I’m serious. There’s an approach method that I want to show you right now, and if you use it when you approach women at work there’s simply NO WAY that it can backfire on you.

That might sound a little odd, but trust me, this technique is GOLDEN.

I used to work with a girl at my company who was a SMOKING HOT blonde (and totally single), and for months I wanted to ask her on a date. I guess my interest in her was obvious, because one day a buddy of mine at work pulled me aside and explained to me how to approach women at work. (This guy was a TOTAL lady-killer back in his day…now he was happily married, but he was happy to share some advice.)

This guy showed me a way to approach women at work that has NEVER failed me since. No rejection, no awkwardness, no embarrassment…just positive results.

One of the reasons why this method of approaching women at work is so effective is that you NEUTRALIZE her #1 concern: that if the two of you hook up, the word might spread and become a source of “office gossip.”

You’re going to drop a very subtle hint to her about you being a DISCREET person. In other words, she’ll know that if she goes out with you and things “happen,” it’s going to be a secret between the two of you.

Of course, you’re not going to actually SAY that you are a discreet guy. When you use this technique, you’re going to plant this “discretion” seed in her subconscious mind by using a certain “language trick.”

For guys who want to know how to approach women at work, this tactic makes it FUN and EASY. Best of all, you don’t even need to worry about getting rejected — because the way you’re going to “frame” this date, rejection won’t even be a possibility!

OK, I don’t want to keep you in suspense any longer. Click here and let me reveal the secrets of approaching women — including some wickedly clever, effective tactics that are going to TURBO CHARGE your confidence and skills.